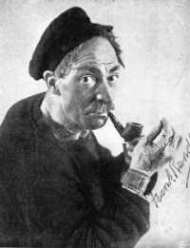 Frank Randle was born in 1901 and lived at 50 Wigan Road, Aspull. He was a childhood friend of George Formby, who was later to become his chief rival.

Frank Randle was one of the greatest music-hall comedians of all time. His career started in 1916, when he appeared as an acrobatic artist under the name of Arthur Twist.

It was not until the thirties, however, that he achieved his greatest popularity and notoriety as a comedian whose wild, manic temperament introduced a fresh note of invention into popular entertainment. For ten years he ran his own touring company, Randle's Scandals, playing to enthusiastic audiences all over the country. 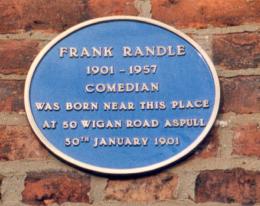 He also made a number of shoe-string movies and was the star of Blackpool's most distinguished summer-season show.

During the early fifties his health declined and he died in Blackpool in 1957.