From the Museum of Wigan Life - Link 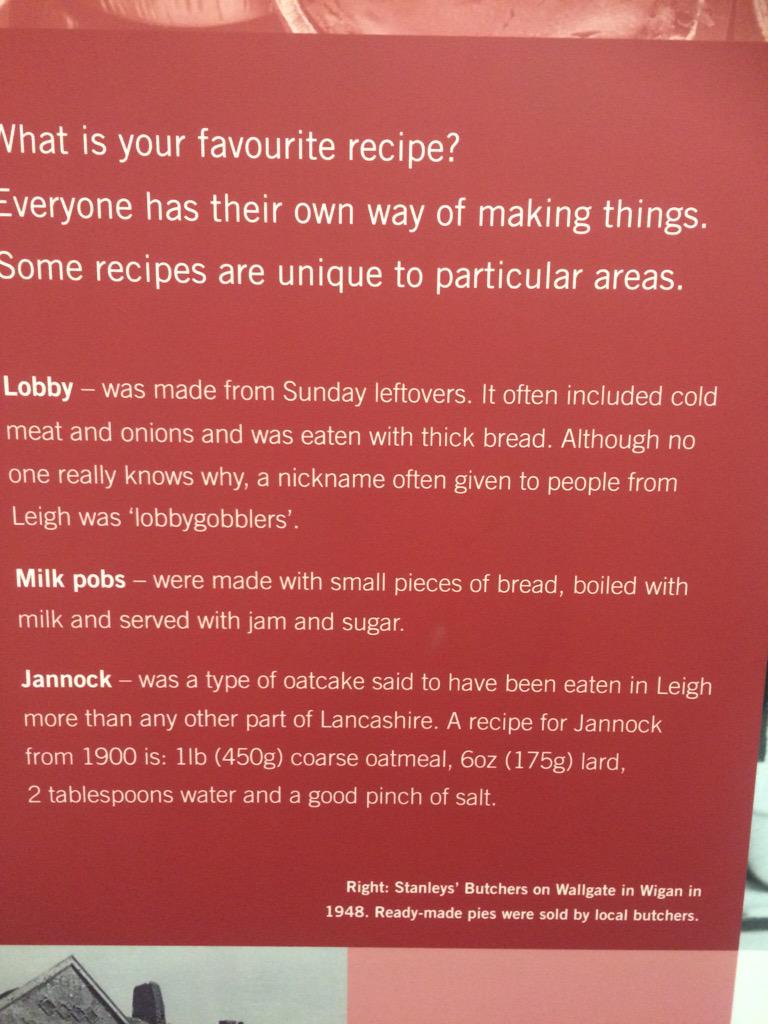 'What is Scouse? Well it’s a big thing in Liverpool, considering it’s where Liverpudlians get their nickname ‘Scousers.’ It’s a local delicacy. The name scouse comes from ‘lobscouse’, a stew commonly eaten by sailors and with Liverpool’s maritime links, it became a popular dish in the city!'

jo anne, that has reminded me of the time whilst doing some work on Scotland Road in the early 1970s, some colleagues and I called into a local chippy and noticed on the menu board between the other pies i.e. steak or meat a 'Scouse Pie', we'd never heard of it back then and for some reason it sounded so funny - we just couldn't stop laughing.

In Wigan it was known better as lobbies, hotpot or meat and potato pie.

I've never heard of a hammock. Lobbies doesn't have a crust.

Of course not on Global Scouse Day, I-Spy, you have to leave room for your pancakes!

Scouse in pastry is controversial, Ayrefield, but it sounds good to me in any case.

I hadn't heard of jannock either, KathP, & I only know of milk pobs through WW.

Not just wiganers who like things wrapped in a crust either, scousers like their scouse with a crust, though these don't look at all appetising and I'd say that crust was short rather than puff pastry.

Memories of Old Wigan - Past Forward, Issue No. 36

The food was very plain, potatoes, buttermilk and a small piece of bacon for dinner; buttermilk porridge for breakfast and a 'jannock' (oatmeal bread) was provided as a treat and enjoyed as if it were a plum cake.

Mr. Alderman Edward Smith was born in Back St, Wigan, now known as Princess St, in 1808 ...
These were indeed hard times for working people. Money was scarce, the necessaries of life dear ... The writer well recollects the Alderman telling him some years ago that he remembered purchasing, in 1816, at the shop of the late Mr. Wm. Gidlow, sodden wheaten bread at sixpence per lb., and jannock at 4d. per lb.

In South Lancashire, as in other parts of the country, the shortage of foodstuffs was in part artificially maintained and prices were kept higher than the situation justified ... Potatoes were deliberately shipped abroad, presumably with the intention of heightening local demand for wheat flour, which was not normally consumed by the labouring classes on Lancashire, the staple bread being 'jannock' made from oatmeal, failing which potatoes were used.