Anyone know what's going on in Coppice drive, off Marus ave? There is some heavy machinery down by the brook, at the bottom of the grassy area.

hello Jacks , I dunno what they are doing, they've dug a big hole, 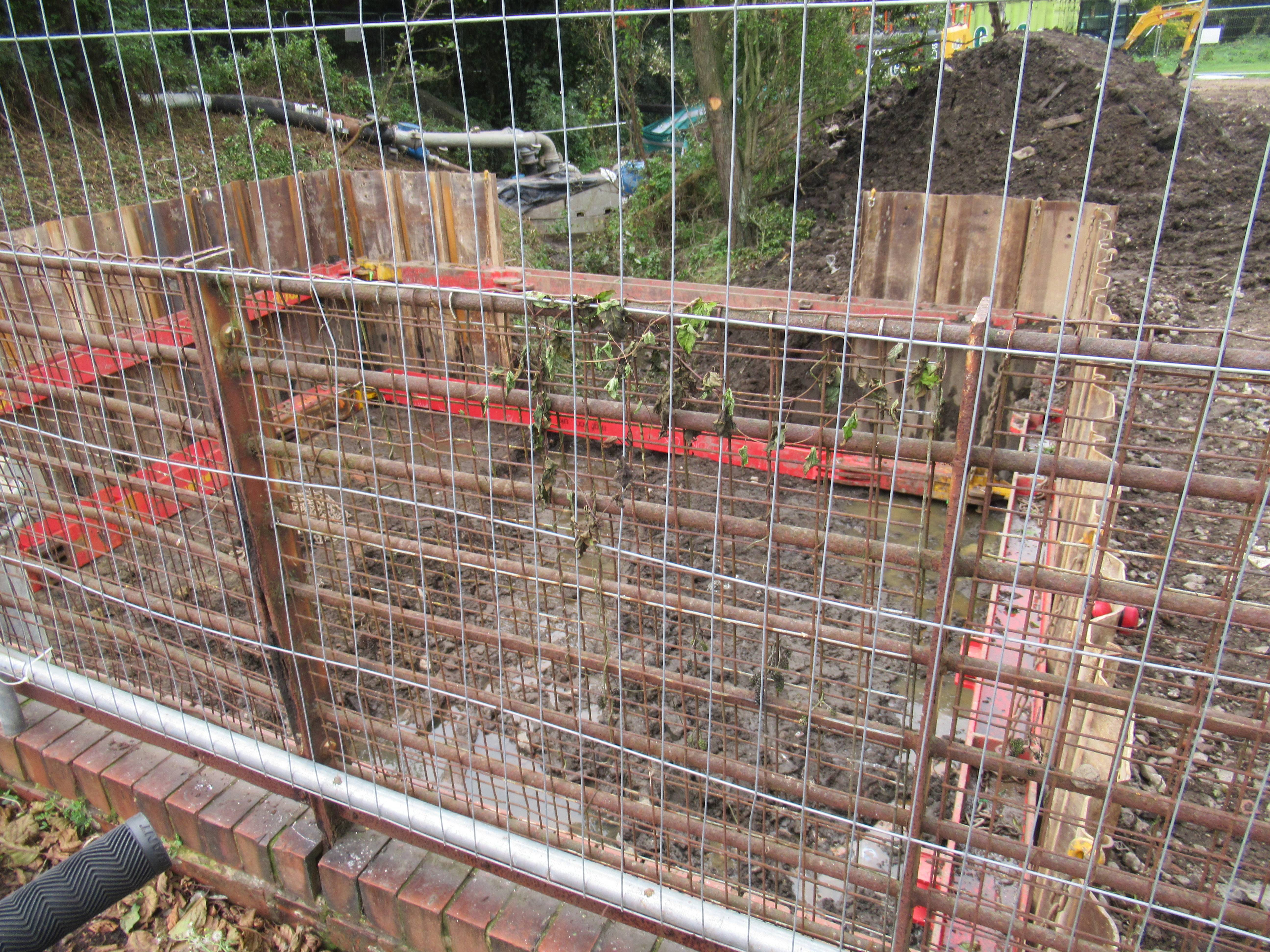 It's not as big as MY hole!

If I had to guess, I would say that the Environment Agency are installing a river level monitoring station on Hawkley Brook, at that location, because when it flooded at the then new Marus Bridge, Traffic Light Junction, otherwise known as 'Tom's Folly' in 2016, it was decided in a report that it was not building rubble from those works which had blocked the culvert, causing the road junction and surrounding area to flood, but it was just the sheer volume of rain which had fallen in a short time, god having big pee on Billinge Hill and surrounding areas, and it flooded some houses in Winstanley, has well as in Hawkley Hall.

So they don't think that the culvert through which Hawkley Brook flows through Hawkley Hall and into Scotmans Flash is big enough to cope with these massive deluges, which are becoming more common these days through climate change.

And did yoo know that the wooded area off Fulbeck Avenue and Athol Grove, where the original Hawkley Hall big house stood, is actually a catchment area for Hawkley Brook in times flood, as is that grassed area where Coppice Drive dips down between the houses

TTS: a fountain of Hawkley knowledge. Long may you spurt.

Yes indeed I have mentioned TTS in dispatches before for his regular, interesting and informative posts and comments , hooray for Tommy Tee the forum Prefect and best boy

Aye well I might be wrung though, and they are building something else there

Personally I think you are on the right lines, they've installed a by pass system so the brook can still flow throu temporary pipes using pumps, That will keep the brook bed dry enough to build the inspection /flood chamber, I've noticed there is sometimes a smell of sewage in that area as well, So they might be investigating where the pollution is coming from,

T.T.S. I figured that it must be something to do with that culvert - just wondered if anyone knew for sure. Thanks.

Although it was never officially disclosed, I was invited to the Palace in January to receive my award from the Queen , After the usual ' how do you do' Banter from her Maj , She Presented me with my,
PSMB , ( Percy Sugden of Marus Bridge) medal and so in my capacity of such can reveal what was going on, for Sure,
The renfrew Close debri screening plant

I reckon TTS as got it right, it looks like it may be similar to the one done on the Hockery brook in Hindley.