The long-awaited unveiling is set to take place! 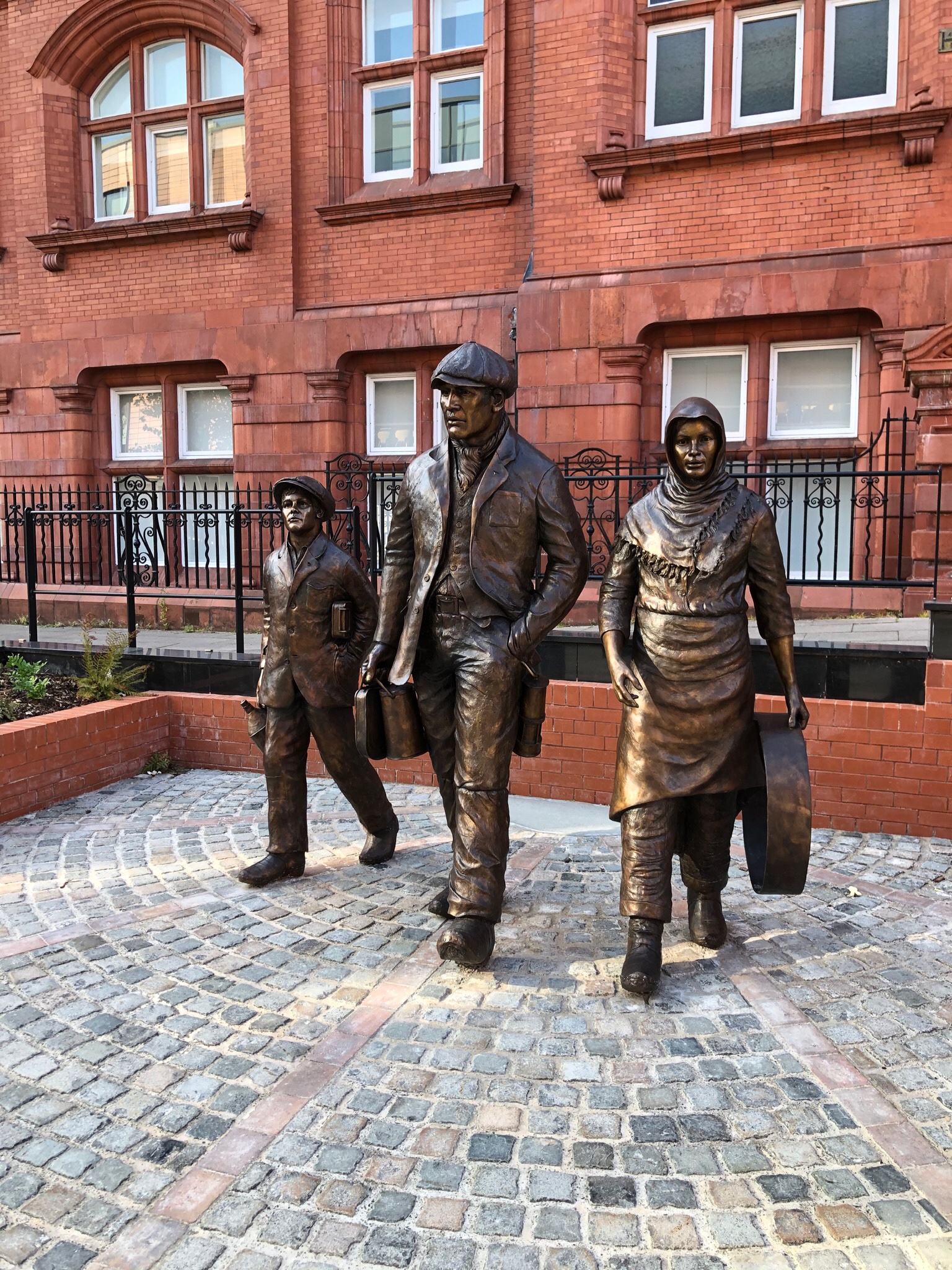 The statues were installed back in March 2020, but an official ceremony had to be postponed due to Covid.

JO anne : Thank you very much for posting this about the Miner's , I will be attending as recognition of my late father's contribution to the industry and the country. He would often tell me that he went down his first pit which was Blundell's of Pemberton , at the ripe age of 13 and his first role was as a pit pony handler ,makes one think about what times must have been like .. GB

It looks like Wigan’s going to be very busy this Saturday. 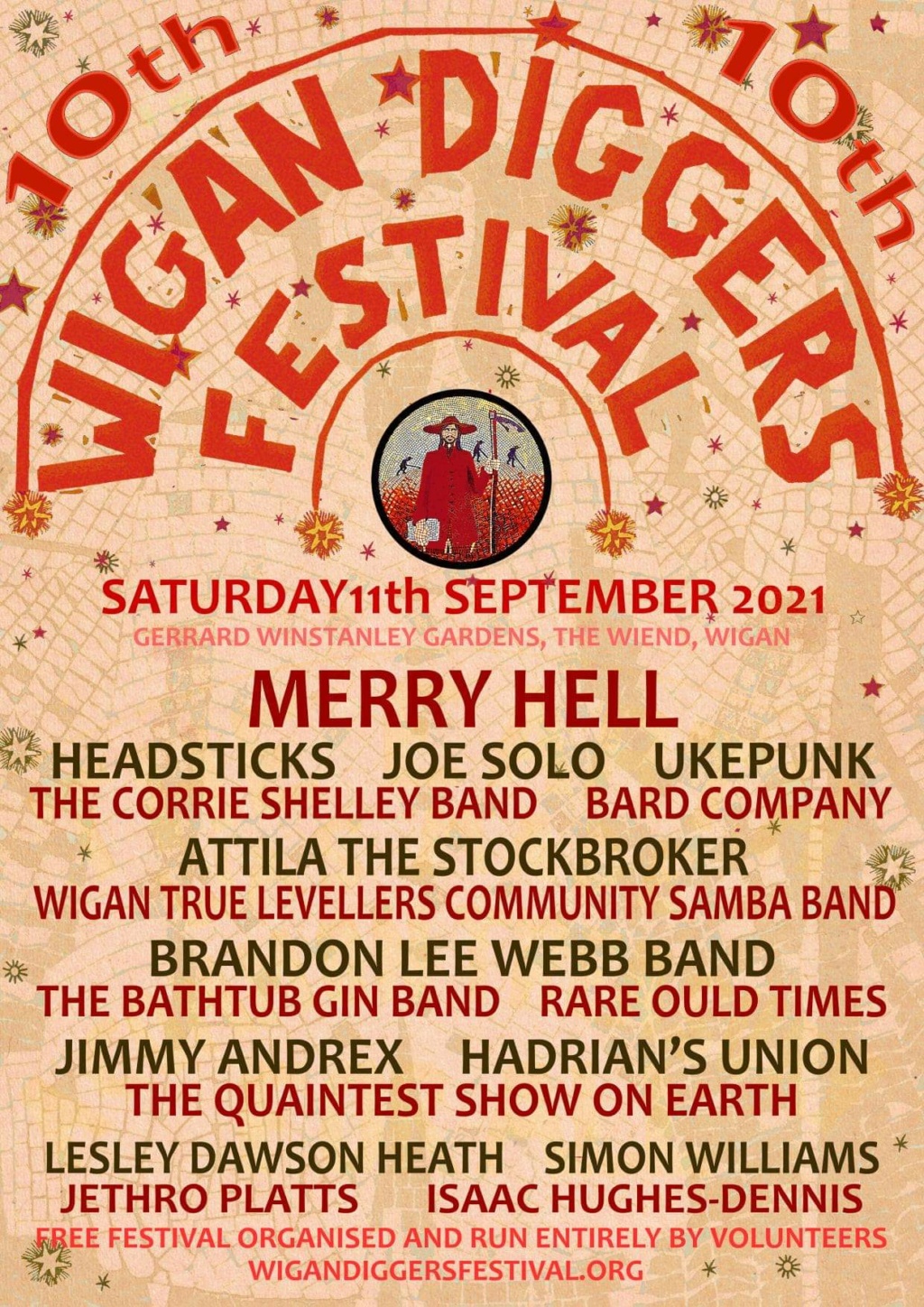 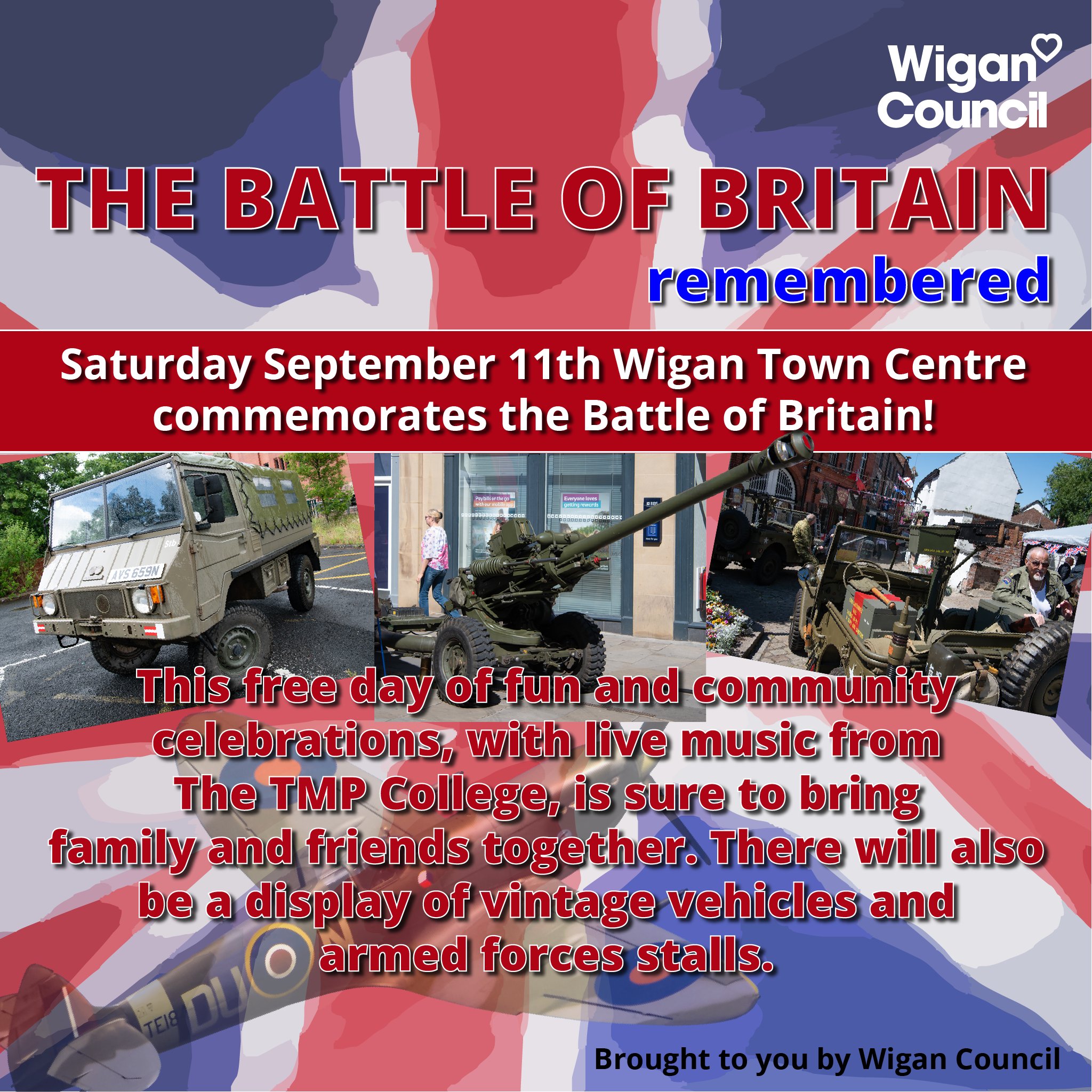 I was just one week old then (birthday yesterday 5th) I have often wonder what my parents and others thoughts and fears were at the time. Must have been a harrowing experience for all listening to radio reports.

Jo Anne, I was project manager of this project and designed the setting including the paving and all the technical foundations that you don't see under the ground. My good friend and artist Steve Winterburn sculpted the statues. The event brought tears to many people. It is wonderful that we now have a memorial and reminder of our industrial past, and the hardship of all the people who toiled, women children and men. We were at the ceremony on Saturday and at the reception afterwards. I was humbled (and stunned) to be presented with a small bronze sculpted bust of the Wigan pit brow lass.

Wigan's mining past is almost non-existant when compared to engineering, construction, gas production, iron production and, last but certainly not least, textiles produced in the many Wigan mills.

DO get your historical facts right, to save mockery!

Apart from the pier, which already has its own monument of sorts mining is what Wigan is associated with the most.......and lets be honest, there would appear to be only one person doing any mocking

Tonker, a good observation there, but Wigan does have a mining history which is quite an emotional perspective for many - Wigan had many pits dating back to to the 1600s and possibly even back to the Romans as evidence was found in excavations in the Weind area. My great grand father moved from the forest of Dean to Wigan possibly because the coal was much better (king and canel) and therefore the wages were better. He was in fact a mining engineer. But I acknowledge that engineering was important and often overlooked. As Tonker highlights, the textile industry was incredibly important... and it only died out relatively recently because of overseas competition. Perhaps we need someone to champion this and provide a memorial and legacy to our mills. Thanks for that Tonker.

There's only one person recognising historically recorded facts. How can anyone ignore Wigan's standing as a Lancashire Mill Town with thousands of it's residents employed in the textile industry?

By 1818 there were eight mills concentrated in the Wallgate area of Wigan alone.

Wigan's dominance AS A COTTON TOWN did not begin until the late 19th century and lasted until the mid-20th century, largely due to a willingness to adopt new technology, such as ring spinning, and new structures such as joint-stock company. Consequently, it has some very fine late mill complexes and from 1889 until the First World War the largest ring spinners in Britain, Farington, Eckersley & Co Ltd of Western Mills and from 1901 also at Swan Meadow Mill.

But at one time Pemberton had the largest pit complex in Europe, and as I have said before an old miner, who lived a stones throw, from th'owd dog in UpHolland, said nowtily when I called it Blundells Collieries, "it wasn't called Blundells, it was called Pemberton Collieries"

Tommy, loads my family 4 generations worked in Pits in Pemb. Here's a map what yoo talking bout. I find it fascinating. Hope this link works

The map link works perfect, and I used to play on the remnants of those pits when I were a lad

Oh take that with a pinch of salt

Pemberton is not Wigan.

The cotton and textile mills I refer to were actually IN WIGAN, the town which carries that name, which is why Wigan is on record as a MILL TOWN.

pinch of salt taken Tommy thanks..... Tonker I was on about Pemb, not where you believe wigan is, nor cotton mills or Milltown that happens to be a place in county Antrim. This thread is about miners. I've recently found researched how unsafe these places were, young men regularly died in mining accidents at a young age leaving widowed families. This monument is well worthwhile compared to that naff face thing by council offices.

I agree, I hate that face.

maybe they,ll say the same about yours 1stroke .

Pewfall, my comment didn't involve yours in any way whatsoever.
But, seeing as you've involved yourself, this thread is not about miners, it's about three statues erected in Wigan. And I don'tneed you to tell me anything about unsafe coal mines.

JR, I really like the sculptures’ setting and that’s lovely to be given a miniature pit brow lass.

I didn’t realise the sculptor Steve Winterburn had signed the miner until recently. 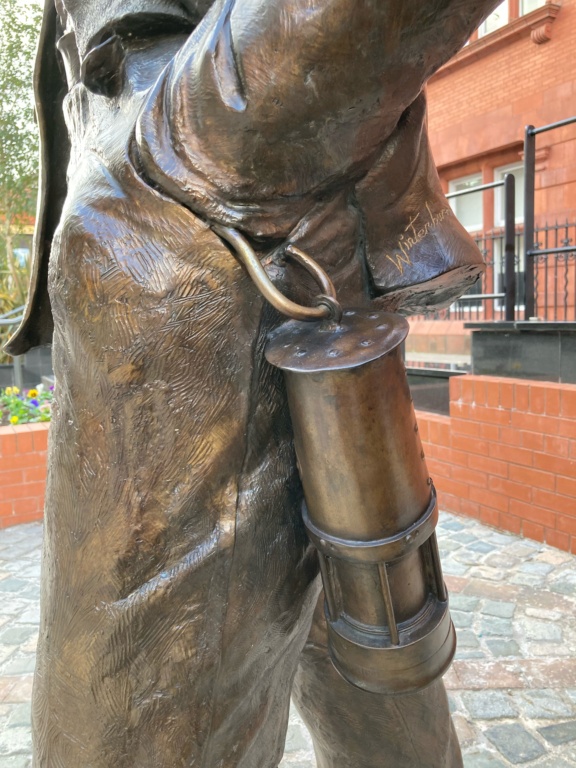 Thank you Jo Anne. Steve also sculpted the Billy Boston Statue in Believe Square. In addition he sculpted the 5 rugby league legends at Wembley - Billy Boston, Eric Ashton, Alex Murphy, Martin Offiah and Gus Risman. I was chatting with Steve and his family on Saturday and they have informed me that Steve is sculpting another Billy Boston statue for installation in Cardiff. By the way, Steve's daughter Roxy is a great artist and did much of the work on the pit brow lass. You might also be surprised to know that Steve is self taught and only decided to dabble in art in his 30s. He is mostly a wildlife artist and has played a huge role in nature conservation in Africa.

A man, woman and child standing side-by-side hardly depicts in an accurate way coal mining. If, on the other hand, you are making an appeal to the emotions of the majority of people in Wigan who have no idea of what it is like underground then your charming little effort might whet their imagination alright. A man and woman and kid stood vacant on the top of the so-called pit brow is a laughable creation. First off, the so-called pit brow was the Screens...men and women seldom met at pits since the shafts and screens segregated the men from women. How many people, I wonder, who wrote the cheque for this commision ever once consulted with human beings who know first-hand just what it really is like underground ? Take a look at at Hitchens Foods, for example, where you can still see pit-brow lasses although the name has changed more recently to female production-line workers. Picking lettuce off a conveyor belt in Wigan might be a little bit more cleaner than picking coal but the degredation is still the same. What's the next attempt at art from Wigan Council then ? A mural depicting some poor Pole and her bloke walking hand-in-hand along Dobson park way ? Yes, coal mining in Wigan was and is a precious sentiment. And to lash out hundreds of thousands of pounds in commisions, fees, consultations plus the rotating monthly salaries of all who ride that gravy train called Council is far more tragic thn any mining disaster. Let's not gloss this over.... in a coal mine Morphine, for instance, didn't hang on chains from the roof for nothing....It was a dangerous and unimaginable environment only a man who has ever been there day in day out would understand. There were no toilets underground too meaning that your much vaunted sculptor would have given his creation just a little bit of realism had he portrayed the man taking a d***p. That ridiculous, sentimental, bronze is testimony only to the ignorance... should I say ambition.... of the obsequious, snivvelling, people who cast and commissioned it in the first place. You can insist and exaggerate and manipulate minds as much as you like ...a man a woman and a kid stood vacant is a scene that could depict virtually anything. If the statue hadn't come with a description in the headlines of the local press people could draw virtually any conclusion as to what the statue meant. All told, it bears little, if any, meaning to the working life of a coal miner.

You're not keen then WR.

My favourite is the the one across the road from Iceland in Standishagte....looks like it's been taken out of a scrapyard and set in a stone foundation.

You sound like a clever lad, work it out.

I agree, in part, with what you say there Wiganread.
Although, unlike lectriclegs, you don't sound clever to me!

Talking of being clever, does anyone remember Clever Kev from Marsh Green?

No not very clever at all ...tucker whatever your name is. :)

Clever Kev was the author of The Curse Of Red Cloggs, an informative read about a tragic accident that occurred at Marsh Green brickworks.

I cannot for the life of me remember his surname.

What on earth are you on about ?

Those statues are about the 'people' who worked in the coal mines, not about mining equipment, and it shows those people putting their best foot forward, or putting their best clog forward, which depicts the hard-working and forward-thinking, and the get on with it mentality from those times, because you have to remember that at that time, Britain ruled the waves, has well as most of the planet, the sun never set on the British Empire, and the coal which was mined in this country, fuelled the British Empire, coal was used for just about everything, from steel making to domestic heating, transport etc and they made chemical products from it too.

So the statue of the adult miner, depicts how a miner would have looked, how he dressed, with his snap tin and davy lamp hanging from his belt, the young lad also on his way to the pit, depicts how children were employed in the mines, and the pit brow lass, and Ok she probably did not have her own 'riddle' but by showing her with a 'riddle' it explains what her job entailed, it is called using 'artistic licence'

And as regards the money they cost to sculpt, I think you will find that the money will have come from grants available for art projects, not from council funds.

I like those statues, but I don't like the Billy Boston statue, I think that could have been done better, and I also like the statue of Dave Whelan at the DW

Tommy. Gald you like the mining memorial. despite the previous suggestion that it doesn't depict mining, miners were actually consulted and a consensus was agreed on. As for Biily, I have heard a few complaints... but Billy actually followed the development and adjustments of the statue and signed it off.